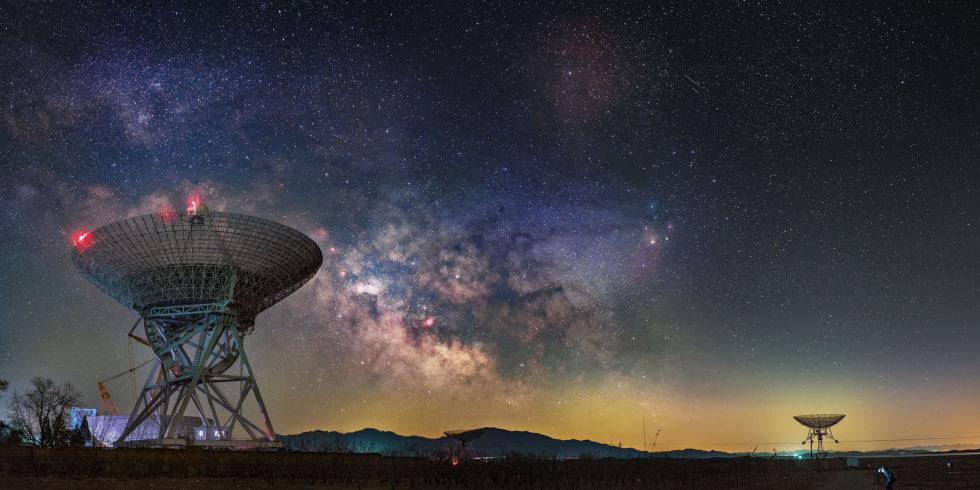 Have we finally found the aliens?

Anyone who has followed the search for extraterrestrial intelligent life probably knows about the WOW Signal.

In 1977, Ohio State University’s radio telescope was pointed at a group of stars called Chi Sagittarii in the constellation Sagittarius.

It picked up a 72 second burst of radio waves, that many believed to be proof of alien life among the stars. Here is was all just a lot of hot air, hydrogen to be specific, and cold to be technical.

We now know know that it came from a pair of meddling comets, with hydrogen gas millions of kilometers in diameter surrounding them, and:

“the WOW signal was detected at 1420MHz, which is the radio frequency hydrogen naturally emits.“

These comets remind me of those two kids in the movie Jaws with the fake shark fin. Yea, it looked real, but it turns out it was just a couple of comets prying on our fears. Because, yea, once we discover alien life, there’s gonna be a whole lot a fear. More than wonder, I fear.

Based on “The 40 Year Old Mystery of the ‘WOW’! Signal was Just Solved” by Tom Ward for Futurism.