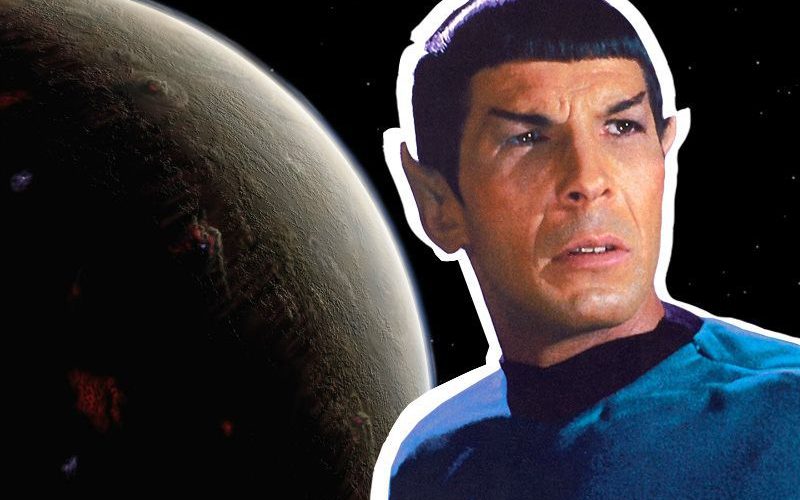 I like this story because it has all the ingredients to have been a mind-blowing, history-altering discovery, but our technological advances in space exploration have robbed it of such glory, by only a short amount of time.

In 1991, Star Trek creator Gene Roddenberry, in one of his final commands upon the Trek Universe, looked up and said, “There. There be Vulcan. Home of Spock!” OK, it wasn’t that prophetic, but he did indeed, pick out a star that would be home to our favorite Science Officer aboard The Enterprise. It was only one year later when the first exoplanets, planets around other stars other than our own, were discovered. Up until then, it was only theorized that there were probably planets around other stars.

Not in Science Fiction of course, which had it right all along.

So then, in the mid-1990’s, IF we had focused our efforts on the star with the exciting name HD 26965, we might have discovered this planet decades ago. It would have been an astronomical impossibility that a human predicted where a planet would have been.

An artist’s depiction of what the newly discovered planet orbiting 40 Eridani A, a star made famous by the series “Star Trek,” might look like.

Already a god amongst geeks, I can only imagine the reverence and pontification that Roddenberry would have thrust upon him. There would have been allegations of alien interference, and cries of lost souls yearning for him to read more into his crystal ball.

BUT, we now know that every star (that we have observed so far), has orbiting planets. So much for the best guess in history. It’s still a cool discovery, though, and this video from our Canadian friends and fellow Trekers, is a fun clip to learn a bit more about Vulcan. If you can get through that alien sounding Canadian accent.