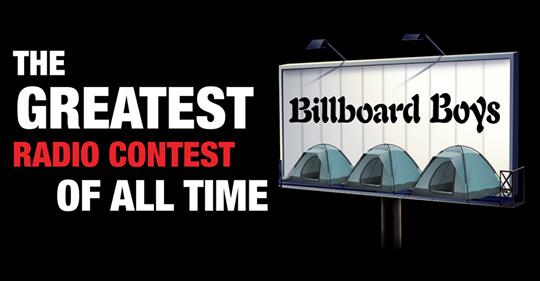 Billboard Boys: The Greatest Radio Contest of All Time

What would you do for a free house? Would you live on a billboard?

That’s the question that three men set out to answer in 1982 as part of an AM radio contest in Allentown, PA. The winner would receive a mobile home, no small prize for the recession-stricken area where unemployment was rampant and mortgage rates were a whopping 18 percent.

What was expected to be a 30-day small-town stunt quickly morphed into a nearly year-long international phenomenon. Not since Orson Welles’ War of the Worlds broadcast 44 years prior had such a seemingly ridiculous gimmick spread so far and wide. This was “Survivor” before reality TV, and a true example of something going “viral” long before the advent of the internet.