Inverted Smile: Satire is the Best Form of Flattery 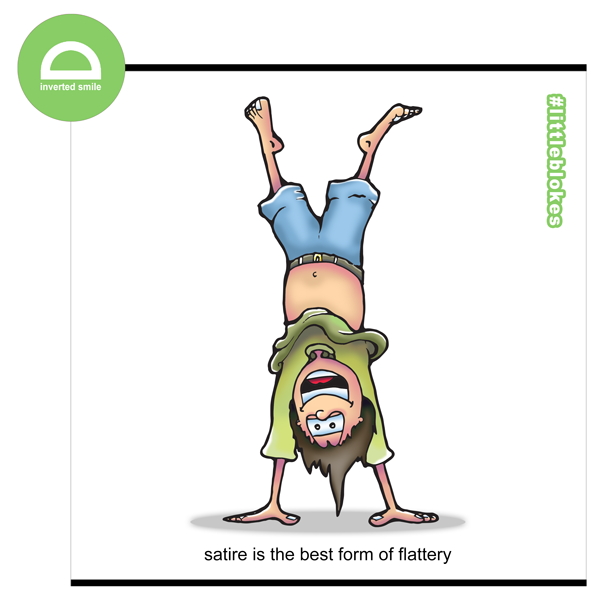 If you haven’t checked out the awesome Upside Down Grin yet – then, errr – why not?! We first met Dylan Klymenko, aka Upside Down Grin, at NYCC 2012 and we’ve been a fan ever since.

With over 500 single-panel comics, it literally took a hurricane to stop him from posting a new skit every day; and his mixture of cute-comic-vector-comedy is annoyingly addictive. UDG was also kind enough to contribute to our Ladybird Week 2013, creating his own interpretations of our favorite children’s publisher logo.

This year you’ll find UDG on his “I’m running out of money for cat food tour 2014”, which has to be up for a “Best Named Comic Tour Award” – or BNCTA’s {BunkTa’s} as we call them. Now if only that was a thing …

So if you’re lucky enough to live on the East Coast, visit and support UDG and other amazing artists at these upcoming tour stops – and you never know, littleblokes might bump into you there as well!

Founder & Creative Director of NJ based lbStudios - Marc has spent over 20 years in the IT industry working on global digital media projects, is an avid reader, writer, illustrator and collector of Ladybird Books. :: "Imagination Rules the World".

The great don hertzfeldt just re-released his classic animated short film REJECTED in 4K, on Youtube. He asked the question: what was your first...