Ready Player One Movie, based on the 2011 book by Ernest Cline, has been one of those most anticipated book adaptations to come along in a while.

With Steven Spielberg at the helm, I felt the right director was chosen to bring this meta reference extravaganza to life. And for the most part, he succeeded, greatly.

I admit I was skeptical when I first saw the preview. It just seemed like sensory overload. Yeah, there was the Back to the Future Trilogy Delorean, King Kong, Joust and The Iron Giant. Great! Always nice seeing those fun references pop up, but will the story be good? I haven’t read the book since it came out, so I don’t remember all the details, but I do remember loving the book. Spielberg is very successful in bring the virtual reality world, The Oasis, to life.

The plot involves everyone in The Oasis trying to find Easter Eggs hidden by the Creator, James Halladay. The person who passes all three challenges and collects all the Eggs, gains total control of The Oasis, which has been established as the world’s largest economic resource. Never mind humanity is crumbling outside, because inside the Oasis, everyone has an escape.

The avatars are sharp and not too cartoony, and the characters quickly become their own entities. Especially Art3Mis, played by succinctly cool Olivia Cooke. The rules and established boundaries of who is bad and who is good is easy to follow. Props to an hilarious T.J. Miller as a gun for hire. The surprise references will have you smiling from ear to ear, laughing and clapping (was that a Goldie Wilson For Mayor poster?! Ha!) One particular little horror icon got some of the biggest laughs at the screening I witnessed. If I was more of a gamer, I believe I would have loved it even more, as many of the gaming avatars escaped me.

The two main characters work great together, and I found myself rooting for them to win, in the Oasis and in real life, as a couple. James Halladay, the creator of this fanboy world, is played sheepishly by Oscar winner Mark Rylance. But his programming partner, who was smartly not seen in the previews, is played by a modern day Geek god, if you will, and he brought an unexpected surprise of humor and heart to the story. 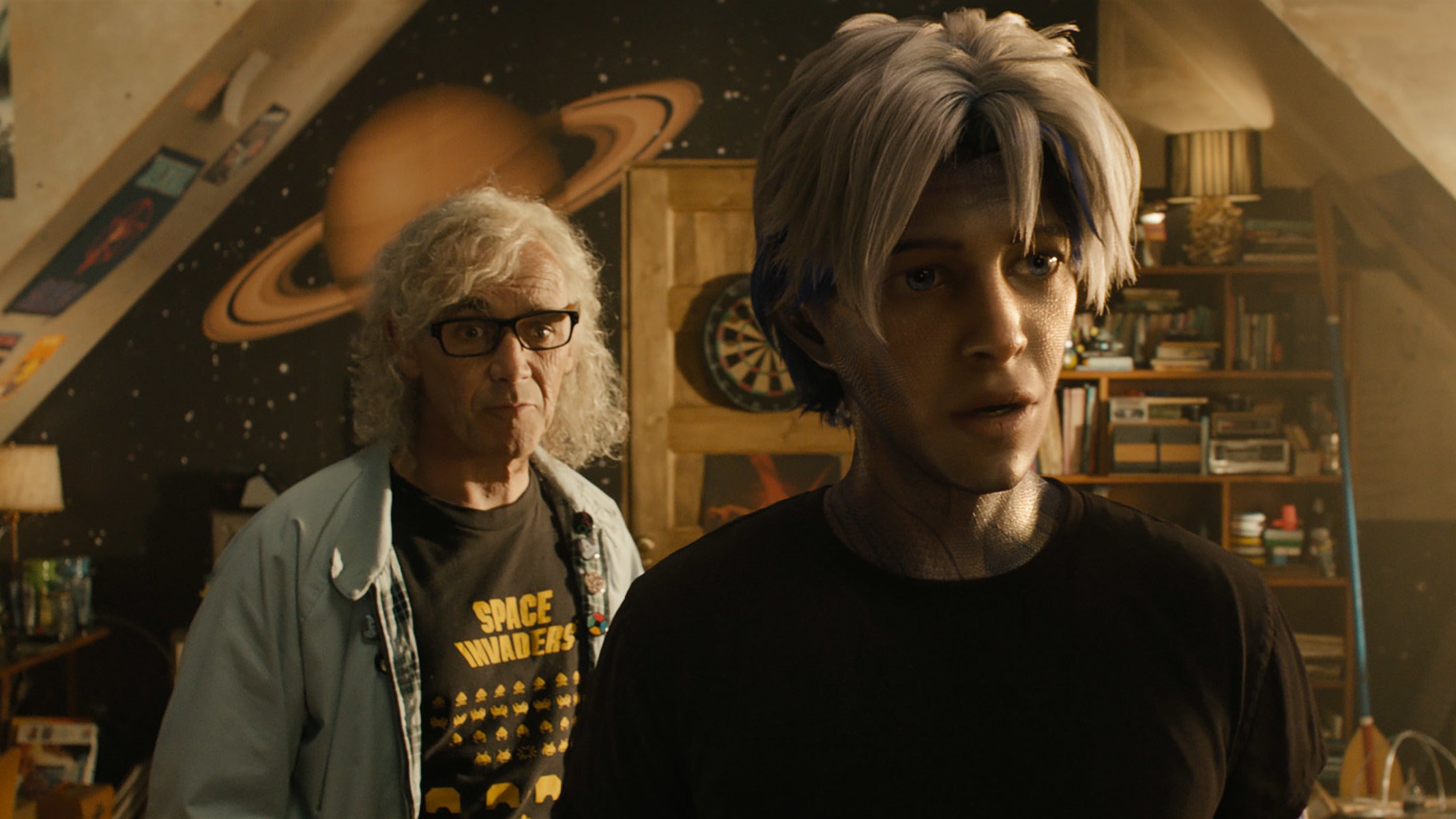 Where the movie falls apart though, are certain aspects in the “real world” scenes. When our story’s hero Wade finally meets Art3Mis in real life, she welcomes him “to the Revolution”, which was something about bringing down the corporation that was a competitor to The Oasis, but it’s quickly forgotten until a mention at the end.

Wade’s team of real-life friends just didn’t have the comradery, than say, The Goonies, but then maybe that’s just me longing for my own references of youth. The main villain Nolan Sorrento just wasn’t much of bad guy. I never felt a deadly threat from the guy, even when he did do something deadly, which also didn’t seem to bother Wade that much.

So what Ready Player One lacked in heart, it made up for a truly enjoyable ride. I highly recommend you see it in the theater. And fair warning, The Iron Giant will hit you hard in the feels, once again.