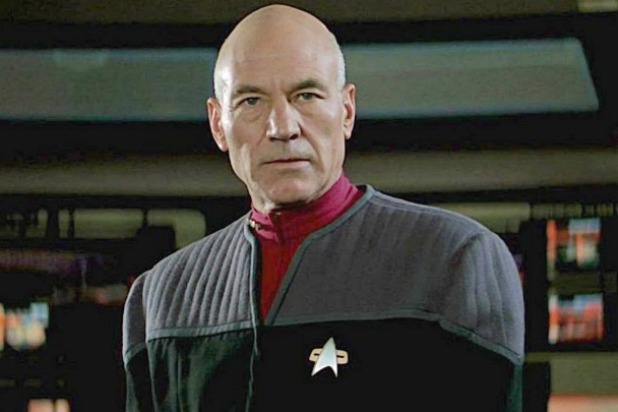 Ok, now I have something – anything! – to wait around for in 2019. It’ll probably end up being called Star Trek: Picard, but no matter what it’s named, it’s probably going to break the CBS Streaming service when it debuts.

So they better reroute power through their main deflector dish to strengthen the shields.

Speaking of Trek, StarTrek: Discovery comes back in January, but in the meantime, they are releasing short episodes called Short Treks. Ingenious name. There have been two so far. The first, Runaway, introduces us to a possible to new character on the show. It’s strictly an Ensign Tilly episode, and it’s fun. The next one, however, I really enjoyed, and it’s called Calypso. It’s a very un-Trek episode, where we experience a time jump into the far, far future. There aren’t any familiar faces, only the ship, Discovery. I’ll refrain from giving anything else away, but watching this reminded me of another ST:TNG story: The Inner Light, which is arguably one of the best episodes of any Trek series, ever. “Calypso” is that good. It’s a stand-alone story, that will most likely never be revisited again, but it leaves a mark, and I highly recommend you watch.

You can read more about it here.

Full with a turkey-hangover, waiting for your Uncle to stop rambling on about so-n-so while Grandma pinches your cheeks and your sister runs around...