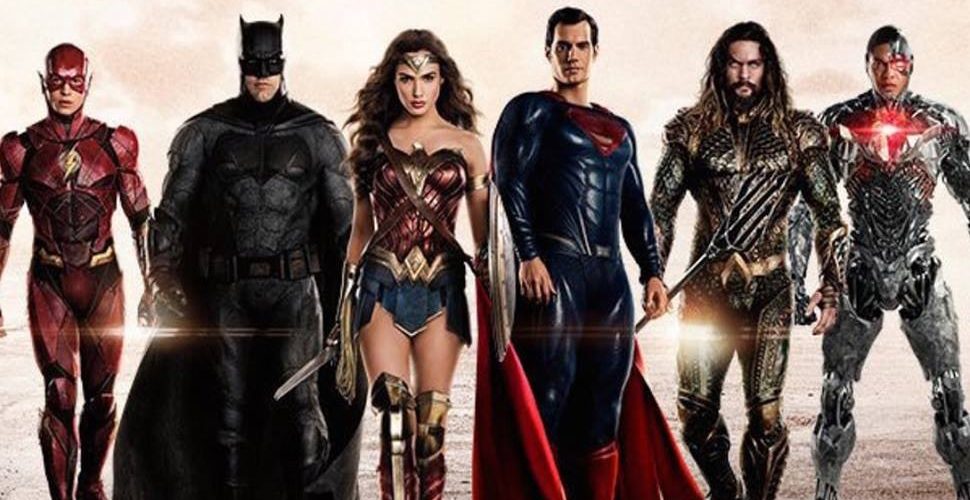 If you haven’t seen the Justice League Movie yet, I have some advice. It’s money saving advice. All you need is The Avengers Movie (2012) on DVD. Watch it at home and you’ll save about $70 on popcorn.

Here’s the thing about The Super Friends movie: you’ve seen it before. The plot is literally identical to the Avengers first movie: a bad guy from outer space with a horned helmet, a box of power, and a grunt army tries to take over the Earth.

A group of heroes, who kinda, sorta like each other, get together and fight back. Large action scenes ensue. The difference is the Avengers movie has memorable scenes and interaction of characters. I’d feel that is safe to say because of Joss Whedon‘s writing and direction.

Justice League, directed mostly by Zack Snyder, and a little by Joss Whedon after Snyder had to take a leave of absence due to a family tragedy, doesn’t have that same fun as the other comic universe. You can figure out where Whedon injected said fun into this gloomy world, but it’s far and few between from making a memorable movie, and I saw it less than a day ago.

There are some good parts: how they bring Superman back, wisely leaving it out of any previews.Ezra Miller‘s The Flash is the comedic relief, and he’s pretty damn funny.

Much like her stand-alone movie, Wonder Woman once again is the highlight. Her character just feels like the only one that was done right in the DC Universe, and Gal Gadot outshines the boys in character and strength once again.

I feel another “Earth in imminent danger” plotline could have raised the movie beyond expectations, but what you get is another invasion by Loki story, distracted by the CGI done to Henry Cavill‘s face to erase his mustache.

Yea, that’s a true story. Look it up.